After years of biting my tongue, I have put myself on our major local charity’s ‘shit list’. This week, East Lothian Council’s new Cabinet approved a paper several years in the making, setting up an arm’s-length North Berwick Harbour Trust to manage most of the non-private facilities within the harbour area. This concept has been some time in the making, building, as it does, on the success achieved in Dunbar, created by the Dunbar Harbour Trust Transfer Order of 2004.

Matters in North Berwick had been more complicated by the number of maintenance issues concerning the harbour itself and the presence of the popular and successful Scottish Seabird Centre within the proposed harbour area. Nonetheless, work undertaken by local volunteers in a provisional Harbour Trust Association had not only brought a degree of focus and management that ELC had been unable to achieve itself but most of the ‘snagging issue’ had been resolved by an immense amount of co-operative work between the HTA and ELC’s Communities department.

Ownership of the area is complex, with a couple of dozen private dwellings being excluded from the proposed Trust control and the local laird having extensive holdings around the old kirk that were leased to and being managed by the SSC. The SSC itself has a 99-year lease with both the Laird and the Council.

Until a year ago, the intention of all involved had been for all ELC assets to transfer to the Trust, including those lands over which the SSC holds its 99-year lease. For the last year, the SSC has waged a resolute campaign to prevent those lands being transferred to the Trust. Their explanation that they would rather have ELC than the Trust as a landlord has gone down very badly with the HTA volunteers and this week’s decision to ignore their protests has caused bad feeling among those who are to form the Trust.

Having been a supporter of the SSC from as far back as local twitcher Bill Gardner’s original idea in the mid-nineties (and, as member No 16, an early activist), I expressed major reservations about the decision to accommodate the SSC and what its repercussions might be. The SSC has certainly helped put North Berwick firmly back on the map as a major Scottish tourist destination.

But, that said, the competitive manner it which it is being managed is causing increasing alarm. From charging local groups like NB Cinema Club full whack for use of SSC facilities, through extending their retail space to compete directly with local businesses and forever increased emphasis on income, as opposed to the original primary thrust of education, it has become increasingly autocratic and insensitive to a community that supported its inception so strongly.

While there was bound to be some competition, the manner in which the SSC took funding to run a ferry to Fife and to purchase a RIB, which then ran in competition with local Bass boat trips after a handful of ferry trips, then growing the fleet to four boats by buying out a local operator, has caused much ill-feeling among other harbour users.

At the same time, the provision of a car park, undertaken originally by ELC, was extended three years ago to cope with demand. But the SSC has raised local ire by issuing penalties local residents who dared use it and now have brought in an external organisation to police parking charges. As any such civil penalty cannot legally do more than recover costs, this cannot represent other than a loss-making operation for the SSC.

Poor relations with other local parties came to a head with the forming of a Harbour Trust. For the last year, the SSC has refused to countenance the ownership of the land on which it sits passing to any Trust. The aggressive manner in which this was argued was never, in my view, given any valid basis. At the same time, they declined to share with the all-volunteer Trust Association plans that they have for expanding into a marine centre. This meant long-term arrangements, such as whether space for a Spiegeltent on the Esplanade as part of future Fringe by the Sea events could continue, came into question.

So, this week was the parting of our ways. I sounded off loudly in the Cabinet debate and my name is now guano among the SSC’s illustrious board members. But I just can’t rationalise how can you make a forward-looking partnership of a Trust successful if a major player therein expresses no trust in its supposed partners. With their lease secure for 99 years, what adverse change could be forced on them? What on earth was their motivation—other than gratifying their own paranoia?

Having failed in my efforts to relevant persuade ELC officials all the way to the Chief Executive and Council Leader of the foolishness of launching any Trust where a major partner exhibits megalomanic selfishness, I had to protest that ELC would better serve the community at large by holding off on the Trust until the SSC learns what the word ‘trust’ actually means. 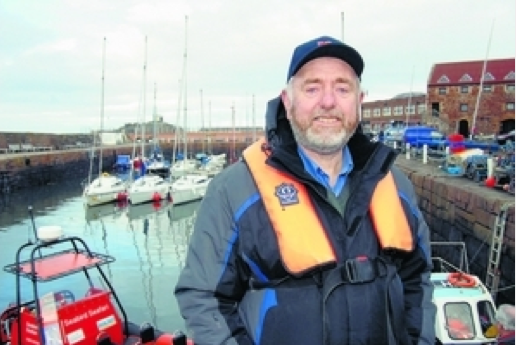