Funny how things do seem to come together naturally—like the Labour conference and Magners Comedy Festival being together in Glasgow this weekend. It was a fabulous full moon tonight, right on the gateway to Spring. Clear sky, still sea and the moon bigger and brighter than ever, it’s not hard to feel that we’re on the cusp of something new. 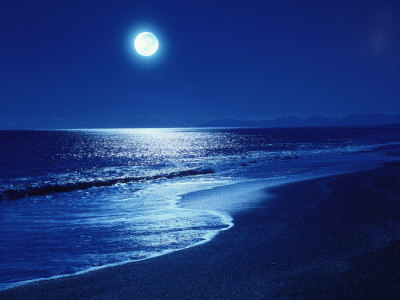 As Labour activists wend their way home from Glasgow (or perhaps stay for the Comedy Festival to cheer themselves up) what is ringing in their ears is the standard carp from their leader that famine and pestilence will engulf Scotland if it rejects their dismal cant. But, as Newsnet Scotland said “one key problem for Labour is the bulk of their time has been spent undermining the SNP Government’s credibility. In so doing, the party has not associated key positive issues with their leader in the minds of the electorate.”

East Lothian is such a varied mix of people that you might take it as a microcosm of Scotland, a 5% corner that represents the whole. On balance, it is aspirational. In its thousands of new homes, people may be tightening belts to deal with runaway banks but they hope tomorrow will bring a better story so their children will grow up in better times, just as they did themselves.

The keynote speech in Glasgow may have moved the faithful in the hall. But its bitter, accusatory tone finds little resonance out in Appin Drive or Aberlady, Windygoul or Whitekirk. Just as the faithful blue rinses who sustained the Tories passed on in the nineties, so too the grizzled miners of Ormiston and Elphinston and their half-century-old memories of working pits have passed on. Their sons and daughters, rather than following their blind loyalty, now choose something better: it is all coming together.

Local ex-councillor, tour guide and database designer. Keen on wildlife, history, boats and music. Retired in 2017.
View all posts by davidsberry →
This entry was posted in Politics and tagged opposition; strategy; Labour. Bookmark the permalink.