It was pure coincidence but perhaps symbolic. The day I was invited to visit EDF’s Torness power station was when the 8.9 magnitude earthquake struck Japan. Since we had no news of its impact, the only discussion at the time was to express sympathy.

But safety was high on our agenda. Plant manager Paul Winkel was at pains to explain their long run of incident-free days from safety processes as rigorous as holding handrails while on the stairs. We discussed closure, scheduled for 2023, but with extensions of five or ten years possible. Although new high-pressure water reactors are planned in England, no replacements for AGRs at Hunterston or Torness are under consideration.

Having been round Torness several times, its impressive operation and engineering were not new to me. And, knowing plenty of workers, I need no reassurance of the professional pride all 500 of them take in running the place. In fact, having been the mover of the motion that changed SNP policy to run nuclear stations to the end of their useful lives, I remain among the least sceptical of SNP members on nuclear energy.

That said, even before events at Fukushima Dai-ichi, I voiced concern how the unforeseen can evade the best safety plan, as when an RAF Tornado crashed close to Torness. The third explosion at Fukushima may not have caused a catastrophic core breach, as happened at Chernobyl. But the increased radiation leak has caused both the Swiss and the Germans to suspend all new nuclear build.

Tsunamis my be rarer than Tornados in the North Sea. But, why should we risk nuclear catastrophe at all? With alternatives as alluring as Scotland’s renewable riches to tempt scientists and engineers into building our green future, why tinker with second-best? 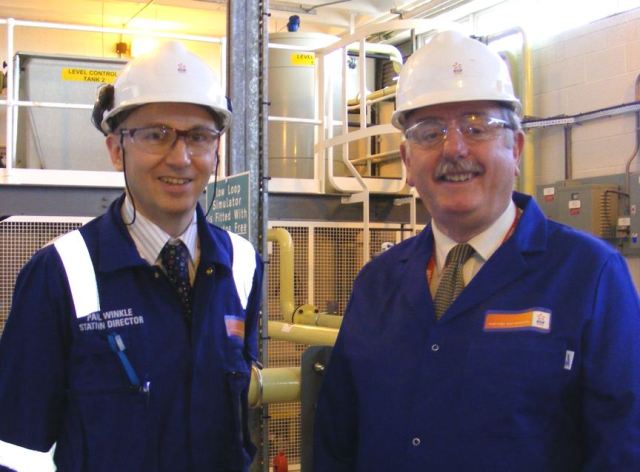 Local ex-councillor, tour guide and database designer. Keen on wildlife, history, boats and music. Retired in 2017.
View all posts by davidsberry →
This entry was posted in Commerce, Politics and tagged Torness; nuclear; tsunami. Bookmark the permalink.