While politics may be all about people, to the ordinary mortal just trying to get on with life, politics’ more rarified reaches can seem an evil concoction of rampant ego, unjustified ambition and the morals of snake oil salesmen. Many of us share the disappointment that the Scottish Parliament still echoes to the plodding salvoes of party-political bigotry and unenlightened point-scoring.

Perhaps this is an inevitable development around the sources of power, where survival and the retention of influence rank high on the priority list. But there is another, largely hidden part of politics populated by regular folk, where people stand on doorsteps or in high streets or against pub or cafe counters and talk to each other. And, however gradually or seemingly trivially, when small things get done, they matter to people.

This is the unglamourous end of politics—the bit they never show on telly, the bit that reporters ignore because it is too mundane. But it’s also the bit that matters to people. Wave a £167bn annual budget deficit in Joe Punter’s face and he will shrug at its sheer abstraction. Tell him we’ve found the money to get his gran some day care or a safer road crossing for his kid’s route to school or a house for his teenage daughter and things get closer to home.

Politicians typically do busy themselves in this less glamourous end but usually because they have little choice; hard work and diligence will get them known to the point that get elected to things and weel-kent so that they need not pay such dues any more. But there are exceptions—rare people for whom the limelight itself is a distraction from getting on both with people and towards your own cherished goal.

In two decades of activity in the SNP, I have been privileged  to meet such people. To be fair, not every one of them was SNP. But the dark days of relative obscurity that followed 1979 forged such a hardy breed on nationalists that a conviction and selfless dedication to what they believed in carried them through long years languishing out of favour and precious little chance to even make any progress—let alone achieve success.

On July 23rd, we lost the best example of exactly that tireless selflessness that it has been my privilege to meet. In my day, I have known several seminal nationalists now sadly passed on: Billy Wolfe and I set up a branch together; Allan Macartney was a driving force in creating the local Saltire Centre in Athelstaneford; Neil MacCormick was a fount of sage advice as an MEP when I spent time in Brussels. But, fine though they were, none were simultaneously both influential and yet so little known outside the SNP as Alison Hunter who died that day.

Never falling into the trap of some spads in becoming the story herself, it was Alison, as Director of Organisation, actually made the SNP capable of meeting the far harsher challenge of success, as compared to languishing in oblivion. Though I can’t claim to have really known her personally, the unparalleled standing she had among the backbone of the party makes me wish to make my contribution to her memory, however imperfect.

Her ubiquitous positive influence was on show at her funeral in the packed Govan Old Kirk yesterday (Aug 1st). Everyone—from leadership to leafleter—had their fond memory and their own story to tell about Alison. My own was, after having first met her at the old SNPHQ on North Charlotte Street to buy leaflets, badges and other campaign paraphernalia for our new branch, I presented canvass results for a half-dozen streets, half-expecting praise for my initiative. Alison looked at the three sheets, fixed me with her classic teacher stare over her glasses and said: “Well…It’s a start”.

Very private about her family, Many of us wondered how she held that part of her life together. At a time when there were only three SNP Councillors in Glasgow, her Tantallon Road home became the de facto distribution hub (and thereby social centre) for West Central Scotland. Yet, swinging by the Edinburgh HQ to pick up this or that after business hours, as often as not you’d find Alison presiding at her desk with the same authoritative presence she displayed in the field. Though fit enough from all the ground she covered, she was potent rather than petite and used her unarguable presence adroitly. Of the two kinds of leaders: those who tell you they’re in charge and those who just obviously are, Alison simply exemplified the latter, with an approachable, matronly style. such as made ‘Bella’ Goldie popular.

Not for her the schmoozing of funders such as Business for Scotland: her finest hours were in the committee rooms of the various by-elections of which she took charge, she was always first there to set them up and the last to leave. My own first taste of her team-building abilities were during the Monklands and Perth Westminster by-elections but especially the sprawling North-East Euro by-election, all in the mid-nineties and two out of which were won. Green new enthusiasts were found squads to work with; leaflets bundled with maps and job sheets appeared whenever a squad returned and had warmed up with coffee; canvassers found themselves pre-briefed and de-briefed so that current issues and positions kept anyone chapping doors as effective as possible.

So many were the techniques she used that the whole passed into folklore. But Alison was modest in claiming authorship. The lesson on campaigning in tower blocks (start at the top and work your way down; it’s easier to run downstairs if you get a hostile response) she cheerfully credited to her predecessor. She would sternly lecture on how leaflets should be pushed all the way through letter boxes and, if other parties’ should be found hanging out, they were not to be removed. This was swiftly followed by a glance of innocence up at the ceiling, then “But, should they somehow fall out, that would be litter, which it would be our duty to remove” and left at that.

A roll-call of by-elections—Ayr; Hamilton South; Falkirk; Anniesland; Glasgow East all showed her at her doughty best, providing answers to every logistical and organisational problems that campaigning throws up, all under the unforgiving glare of public spotlight. Though she could often be found closing up one of the party’s favourite howffs at conference, she would maintain it was to ensure everyone else got to bed without incident.

Nicola Sturgeon’s superb eulogy of barely contained emotion provided a classic example of Alison’s competence/imperturbability. Showing up soon after 6am for polling day for the Anniesland by-election in 2000, Alison finds the locks to the rooms (in a shopping mall on Great Western Road) had been superglued by an opponent. As she contemplates this predicament, a bauchle wanders by and opines  “ye’ll need tae jemmy them open“. Alison fixes him with her best steely glare and answer dryly: “Well, I had worked that out for myself“. Whereupon the bauchle looks both ways and then produces a crowbar from under his coat to help her break in. Alison, veteran of Glasgow fauna and happy for her problem to be solved, never even blinked that anyone might be wandering around Anniesland with a crowbar at 6:30am in the first place. 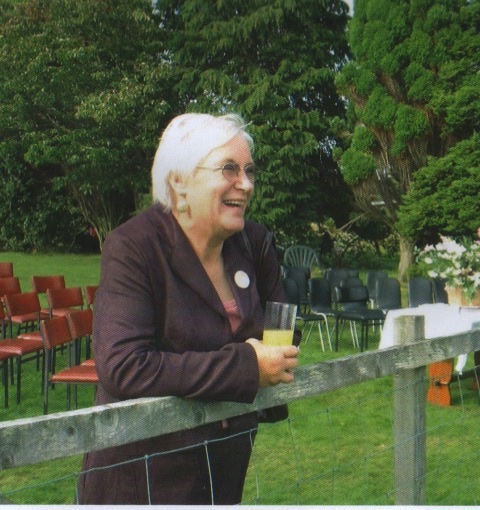 While many fine people have contributed to the twenty years of advance in the SNP cause, you’d be hard-pressed to find someone who, like a regimental sergeant-major forever stiffening the troops’ resolve, contributed more but was less well known by the public than Alison. She embodied the sheer conviction, guts and selflessness that turned today’s Scottish Government and the imminent independence referendum from dreams to realities. And, if the size of the group of Glasgow Labour councillors who attended were anything to go by, it is not just the nationalists who will feel the loss.