Listless People in a Land Full of Energy

Over the last forty years, one truth almost done to death but still deserving of repetition is the fact that Scotland is the only country in the world to have discovered oil and not grown rich by it.

If that, in itself, isn’t enough to get Scots upset, then the manner in which £283bn (to date) provided by that oil was squandered ought to. And, if all that is water under the bridge to you, what about the scale of renewables opportunities that dwarfs those of oil that the UK government have hamstrung through lack of investment?

For the political debate in Scotland to focus on details like exact college funding and whether NHS bursitis treatment is a postcode lottery is evidence—if ever it were needed—that elected politicians fixate on sound bites or points scoring, showing little clue about the big picture or why people elected them in the first place. No-one expects Scottish Tories to agree with Scottish Labour on much. But why they are not all on the barricades with the rest of us to stop their country being ripped off has been the great unanswered question of the Scottish Parliament?

As a result of their nit-picking, yah-boo-sucks posturing, the great bulk of Scots, so hopeful as they crowded the Royal Mile that summer’s day in 1999, are not watching their antics at Holyrood any more than they are glued to BBC Westminster for the latest droning from three MPs and a junior minister over how Sunday opening might affect morris dance festivals in Kidderminster. It was supposed to be better; it was supposed to be less schoolyard confrontational.

But it isn’t. And the punters have had just about enough of being turned off in droves. So, this is an effort to focus readers on one thing: the biggest political outrage in Scotland for the last half century—our valuable windfall of energy and its purloining to benefit others.

Let’s set the context with a few relevant facts about our past and present energy bonanza—oil and gas:

Where has our money from all this gone? Taxation in the last 40 years rose under Thatcher/Major from £58 bn to £296 bn while Blair/Brown raised it to £529 bn. Even allowing that inflation has almost tripled prices over the same time, the government’s take is 3.25 times what it was.

But the really sweet deal has been the oil taxes, linked to oil price—$16 a barrel in 1979 while Brent Crude today fetches $111.38. So, for all the unionist moaning about volatile oil prices and supply running out, even though volume has fallen almost 50% since its peak, the government take is still 3.5 times what it was.

In other words the UK Government is getting the largest share of its revenues from our oil that it ever has. And what munificence and gratitude has it shown us? Has it squirreled at least a part of it away like Norway’s Oil Fund ($660 bn, with $29 bn added last quarter as stocks rose)? Has it poured investment north to exploit the joint benefits that would accrue from Scotland’s dominant position as a potential source of green energy? Has it hell.

In 1994, oil was less than $20 a barrel—not much more than in 1979—but since then the booming oil taxes slurped like a godsend into Irn “call me Prudence” Broon’s coffers so that £13 bn of the above generosity could be funded as oil revenues quintupled. It paid for 8% of all the increases listed above or, looked at another way (i.e. 10% of ALL income tax receipts) was equivalent to body-swerving a 10p-in-the-£ rise in basic tax rates. Nice trick.

In short, we wuz robbed—and we still are being, only more so.

The bigger tragedy is that the sprawling house-of-cards benefits system by which Blair & Brown bought successive elections was based on borrowing, pension raids and taxing both North Sea oil and the now-notoriously cowboy junk-mortgage-etc boom times of Canary Wharf et al. The UK lived well above its collective means and all of Osbo’s smoke-and-mirrors efforts to prune the behemoth have produced little. That’s because, of all Irn Broon’s fiscal tricks, the only one still producing—and that right well—are the oil revenues.

So every unionist who can add is falling over themselves to keep Scotland’s oil revenue flowing into their Treasury. Without Scotland, the present bloated UK expenditure commitments point to a bankrupt England. Little wonder there’s a panic in John Bull’s breastie.

But the wonder to me is that the Scots—ever canny with other people’s money, let alone their own, should not be in angry pitchforks-and-torches mode over this. Having each lost £56,000 to date, they appear to be tholing another cool £2,200 sneaking south each year. And, as oil prices rise (and they will over time) that number will just get bigger.

I don’t want to believe this, but, with an indifference uninspired by all the petty squabbling at Holyrood, has a once-proud nation been bought off by Irn Broon’s handouts—the modern equivalent of 1707’s English gold? We could make such a better fist than the UK Treasury of investing our own money in our own future. 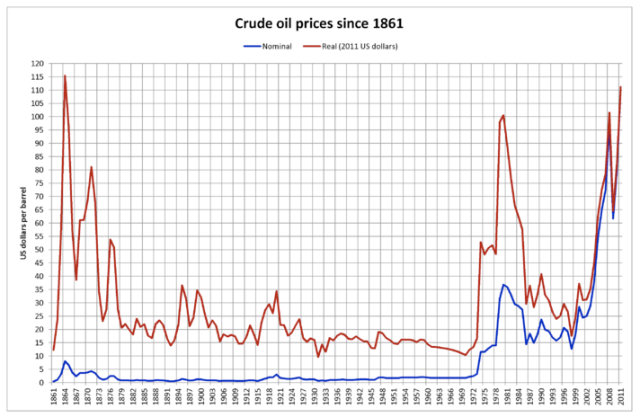 Local ex-councillor, tour guide and database designer. Keen on wildlife, history, boats and music. Retired in 2017.
View all posts by davidsberry →
This entry was posted in Commerce, Politics and tagged oil; independence; taxation. Bookmark the permalink.