The Gloves Are Off

Posted on November 1, 2012 by davidsberry

It’s not yet six but I’m wide awake from the early J-Church street cars rumbling by outside. Yesterday went better than it might. Though it involved three flights, four time zones and eighteen hours of travel, on the plus side, every flight arrived early, my bag managed to make the hops with me.

More importantly, it was a chance to mix—with three redneck truckers at a Quality Inn…with unfortunate people forced to sit next to me for an hour or three…with others munching their $8.50 sandwiches while cooling their heels at Chicago’s O’Hare and Phoenix’s Sky Harbour hubs. No-one abroad on America’s broad airways was safe from incisive interviewing—usually launched by a ‘daft laddie’ question like “So, what do you think of this election?”

The answer—no surprise to anyone trying the same exercise in Scotland six days out from an election—was: “Not much”. But parallels with Scotland are thin. Whereas the political fault lines between Milngavie and the Raploch still run deep, what seems to be happening here is the opening of social fault lines that would make your hair stand on end. This is a society on the verge of war with itself.

Seen from outside, the two party monoliths that embody all entire political power here have long been seen as two variants on the right wing. That’s now too simplistic. Whereas the Democrat/donkey/blue faction was always a party of the factory worker and their unions, both elements have faded in the US as they have in the UK, to be replaced/supported by an armlock on minority votes, esepcially black and latino. And the Republican/elephant/red faction, always seen as the advocates of ‘small government’ and the choice of the well off as that implies less tax have become unrepresentatively white. But don’t be fooled by too many parallels with Labour and Tory.

The three redneck truckers I met were Republican. They all own guns, carry NRA membership, hate the government for the taxes they levy and think Obama is a communist because he initiated programmes to support the poor and provide them with basic medical cover (‘Obamacare’). The agency exec flying to marshal a fashion show in upmarket Palo Alto was busy prepping on the plane but did admit to being staunchly Republican as she felt business shouldered too much of the burden of carrying the country and the world needed a militarily strong America to keep world markets open and terrorism at bay.

There were equally vocal Democrats: the aircraft mechanic who saw unions as the shield to stop workers being screwed by M&A hyenas and their senior management friends. Partisan though he might have been, the American airline industry is unrecognisable from 25 years ago and, whoever benefitted from such dynamic churn, it wasn’t airline employees. A 30-something minority immigrant was a reluctant Democrat because, although she shared their values, Obama’s reluctance to sign into law an amnesty giving legal residence to those born or serving in the Armed Forces sat badly with what she felt he was obliged to do.

But, most striking (as compared to 2004 or 2008) is the intensity with which each side is holding partisan beliefs. This rather came to the surface during the second presidential debate in which both Romney and Obama verged on aggression and rudenes the way they got in each other’s face. It is evident in the senatorial and house campaigns that are going on in parallel to the presidential one—TV ads from both candidates essentially rubbishing the other’s record and casting aspertions on their opponent’s abilities, morals and private life. It ain’t pretty.

What seems to have happened is the major defeat the Republicans suffered in 2008 drove them to re-think their strategy. They have come back with legal levers that work in their favour. By disparaging Obama, capitalising on the post 2008 depression and making significant Senate and House gains in 2010 mid-terms, they have pushed through legislation that permits ‘super-PACs’ which essentially means that all limits to campaign spending are revoked. As they are the party of the rich, that means the campaign budgets are in the billions and fund the ubiquitous ‘attack ads’.

By raising the (largely illusory) spectre of voter fraud, they have also introduced legislation requiring complex voter registration hurdles. These are combined with a series of billboards and ads that claim those registering will be found and deported for having broken the law by not registering (untrue). The bottom line? This is as major a blow to the solidly Democrat latino vote as could be conceived.

While such tactics are deployed by national and state Republicans, local tactics are impressive too. Employees at Menard’s (the B&Q of the Midwest) are being given ‘training’ in which Obama is being portrayed as a danger to the welfare of the company and, as a consequence, their jobs. In Washington State, voters are receiving phone calls from a ‘Washington State Democratic Voter Identification Committee” which doesn’t exist discouraging them to vote until they get a new ballot. 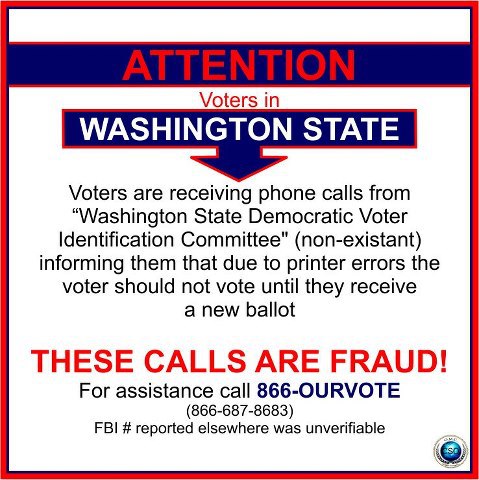 So vicious has the scale of animosity between Republicans and Democrats become that dating agencies are reporting political affiliations as the biggest factor being cited in reasons why matches don’t work.

While it would be unfair to blame the Republicans entirely, their Tea Party splinter group has set new standards for bias in debate and pejorative implications about their opponents, such as “we want our country back”. It is too early to form a coherent rationale why things should be so nasty this time—what is at stake is what has always been at stake: the most powerful job in the world.

But the superficial take is that the 2007 recession has America rattled because it is like no other. Whereas earlier ones hit the auto or steel industry worse than most and a recovery was soon underway, this is structural across the entire economy, with the halcyon days when blue-collar shift workers pulled down $28.50 an hour long gone. As with everywhere, the rich are still rich. But there’s an undercurrent of fear, amplified by the number of good jobs like engineering and programming that have been outsourced to India, China, Brasil, Indonesia. The business catch phrase for any project or idea these days is “what’s the China price?’

So, while it would be excessive to compare this to Weimar or other once-great powers on the skids, there is an element of that which seems to feed a desperation among Republicans especially that a return to the lost good ol’ days is urgent and overdue. While it is chilling to think what President Romney—a man after Dubya’s own heart—might do with foreign policy, it might at least teach his more extreme supporters that blaming everyone else and getting angry about it does not create propserity; it creates enemies.

Local ex-councillor, tour guide and database designer. Keen on wildlife, history, boats and music. Retired in 2017.
View all posts by davidsberry →
This entry was posted in Politics and tagged America; election; Obama. Bookmark the permalink.

1 Response to The Gloves Are Off