The title of this blog is not nearly as bizarre as the present leadership of Scotland would have you (and many of its membership) believe. But while official party policy appears stuck in a miasma of denial that anything beyond the present devolved arrangements will lead to rickets and the loss of your first-born child, the word on the street is rather different.

I must confess sympathy with many loyal members of the Labour party who, in a decade since Donald Dewar worked himself to death, have tholed leadership by time-serving placeholders—none in the mould of John Maclean, Willie Ross, John P. Macintosh, Tam Dalyell or Big Donnie himself—all bonny fechters who said their piece and stood their ground. (Gratuitous plug: Tam will be at North Berwick’s Fringe By The Sea on Aug 7th).

What strikes me as strange is Labour’s total lack of enthusiasm in coming to grips with what everyone agrees is the biggest question Scotland has faced in centuries: When a referendum on Independence is posed in 2014, how do I vote? We’ll discount Tories and Lib-Dems. Not only have they been doggedly stuck on their opposition but they can’t even gather 1 in 5 Scottish votes between them (or 1 in 10 if you count those who didn’t vote).

So a Labour-led ‘No’ campaign faces an SNP-led ‘Yes’ campaign for the soul of the third or more of people who show no party affiliation or are genuinely undecided? Not really: it’s more subtle than that.

First of all, the silence from Labour’s ‘leadership’ has been deafening since the ‘No’ campaign launch by an even-less-inspiring-than-usual Mr Dour himself, Alastair Darling over a month ago. Johann Lamont (remember her) has been nowhere near the parapet, let alone above it on this one: her last Twitter presence is three months ago and the last real public event was Glasgow Says ‘No’ three weeks ago. Heather is not being set alight.

Meantime, a curious but nonetheless symbolic website has recently appeared called Labour for Independence, with the tagline “working together for a free and prosperous Scotland“. Now, I do not wish to make trouble for the Labour members behind this by doing any extrapolation about what this means for party politics. But that someone was going to break ranks was only a matter of time, given the beliefs in a significant number of Labour supporters with whom I have spoken.

Now, it’s not as if Ms Lamont has not admitted the scale of problem she faces: “We looked tired and complacent and we got the kind of beating we deserved. But now we need to start building the kind of Scottish Labour Party which Scotland deserves.” Stern stuff, verging on the courageous. But her party of devolution has not led the debate since and, in ruling out changes in corporation tax she has not only discounted a major source of tax income but has also put into question whether Labour will indeed fight for Scotland if it disadvantages their colleagues in the rest of the UK.

So far, it has all been thin gruel to fuel any tooth-and-claw campaigning. No wonder Labour members who are also patriotic Scots are rather champing at the bit and feeling frustration that a party policy clamp-down gives them very little room to go out and discuss pivotal issues with the great undecided.

Which currency we use; who should be our best friends; what military is desirable or even feasible; how do we deal with our share of debt; how could we prosper better—all these questions and more deserve an airing. Each has been posited in earlier blogs here but this needs to happen in pubs and over dinner tables across the country so that 2014 can be an informed decision and not just driven by fear or nostalgia.

Because the future for Labour (as well as the rest of us) could be so much better in an independent Scotland. They have a powerful and demanding role as the other large party in Scotland. They need not lose the future Darlings and Cookes, Dalyells and Browns to a culture at Westminster that has little time for us—and thereby regain the class and capability of politician that all of us—not just Labour—need here, working for Scotland.

It was Labour arrogance, verging on stupidity that let it think that ‘B’ team placeholders should be shunted into the Scottish Parliament in 1999. They even managed to shunt out ‘A’ team players like Wendy Alexander because she didn’t fit the role. Ms Lamont has admitted that they need to up their game. Letting their considerable phalanx of members who see independence in a positive light have their say would demonstrate such maturity. 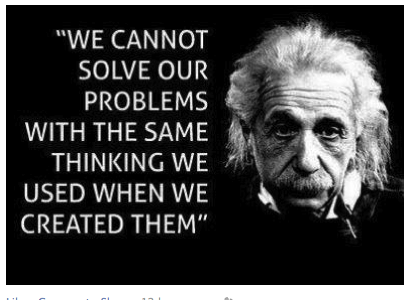 Local ex-councillor, tour guide and database designer. Keen on wildlife, history, boats and music. Retired in 2017.
View all posts by davidsberry →
This entry was posted in Politics and tagged Laboiur; independence; discipline. Bookmark the permalink.

4 Responses to Labour for Independence