All Roads Lead to Lisbon

Since spending probably my best summer ever as a 23-year-old waiter in the Algarve, I have had a soft spot for Portugal, its people and especially its fading-grande-dame-but-still-a-babe capital, Lisbon. Down for just a week for my first visit in years to catch an old friend in town from Macao, I see it for the first time from a political perspective—and it is an eye-opener.

Portuguese debt and imminent default not withstanding, the place is buzzing. New malls have appeared in the Bairro Alto and even under the bullring at Campo Pequeno; new Metro stops; new trams vie with ancient ones to snake round the Baixo; the airport has a new wing longer even than Schipol’s. Once the province of British exports, the double-decker buses are gone and an integrated system has arrival indicators at all but the smallest stops. 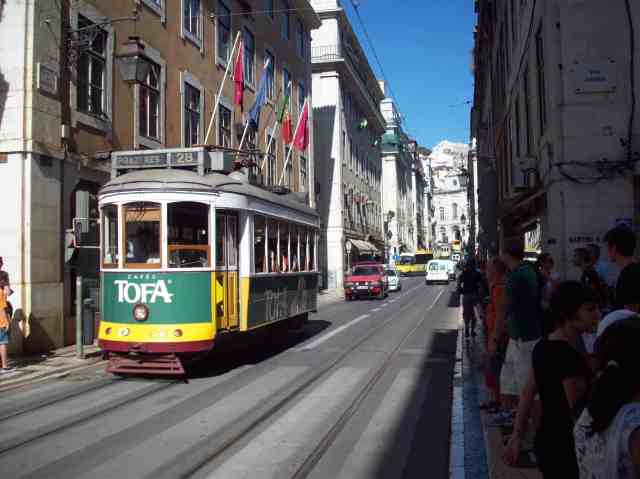 Old Tram in the Baixo—Unlike Edinburgh, Lisbon never Tore up its Tram System

If this is a place tightening its belt, there is little sign of it: building sites are many; cafes and shops are full; the raparigas in the Rossio are lithe and glamourously dressed. Only on the financial pages of Diario de Noticias (local ‘quality’ paper) is anything approaching an alarm bell ringing. They are on about the scale of debt building infrastructure. With generous EU support, over the last decade Portugal has embarked on a roads-building programme that makes ours look look like a Green wet dream.

Portugal is roughly the area of Scotland (31,000 sq. miles) but with twice the population (10.5m). What they have going for them is a latin culture of family and enterprise but without the frenetic edge their Iberian neighbours the Spanish seem to put on life.

The result is a wonderful combination of the laid-back with the opportunistic. They have sold the EU on the need for serious infrastructure development. Twenty-one separate road projects interlace the country for a dizzy total of €9.57bn in major road projects. How the PPP piper is to be paid for this veritable orchestral suite is for the next generation to worry about.

Best of all, much generous finance comes direct from the EU. As examples, the single-line railway that winds through the hilly countryside of Beja to the Algarve has been electrified, although carrying only five return trains daily between Lisbon and Faro. Despite fully functioning bridges across the Tagus to Santarem and Setubal, “The Lusaponte” has now been built in between across the widest extent of the bay at a cost of €898m.

If Scotland were Portugal, not only would the A9 be dualled and another Forth crossing completed but the A77, A1, A76 and A96 would all be dualled too and rail lines to Aberdeen, Inverness and Stranraer electrified—all at a cost of only 20% to the Scottish taxpayer.

And it’s not just in big stuff that Portugal seems to have an advantage: a large beer is €2 even in the tourist areas and an expresso anywhere costs half what it does in Scotland. Considering they have no oil, the fact that petrol’s cheaper than in Scotland verges on being an insult. If this is a country in fiscal trouble, maybe it’s time Scotland thought about courting bankruptcy itself. 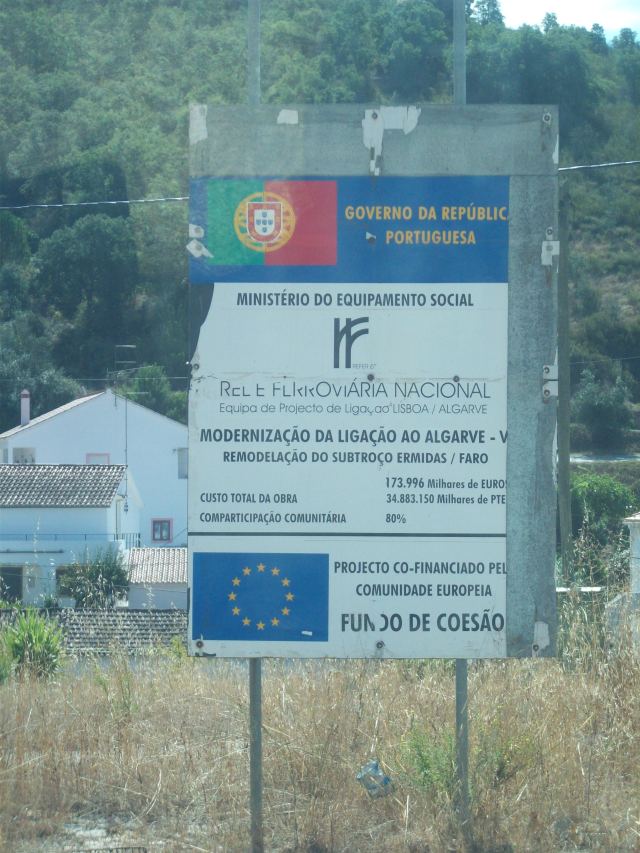