Our campaign has been from one end of East Lothian to the other. It has been an eye-opener for me as candidate because, having represented one area for 12 years (after half that time campaigning across the county as SNP organiser) I confess that I was not as up-to-date about some areas as I might have been. Many new streets have appeared at Windygoul (Tranent), Cuthill (Prestonpans) and Spott Road (Dunbar) as well as more minor developments, changing the demographics of the county.

But a more subtle shift has also been occurring in council estates dotted across the landscape. ELC has always looked after its houses and this Administration takes as much pride as the previous in maintaining their high quality. As a result, unlike estates elsewhere in Scotland, East Lothian’s council estates have improved in quality.

This is only in part from council house sales (Now up to 2 in 3) that provide both new doors and various improvements but also stronger pride in community, as evidenced by the growth in tenants & residents’ panels (TRP). What strikes any visitor, whether in the Trees (Dunbar), Nungate (Haddington) or the street maze of Ormiston is the trig sense of the place—tidy gardens, rafts of little improvements, minimal litter and folk being neighbourly. Where once things were run-down, little of that is in evidence as people respond with pride in their area.

These are the areas with the biggest change in political attitudes too. Whereas they might once have blindly supported Labour to secure more handouts, in these times when any money is tight, people are becoming more self-reliant and less wedded to obligations that come from being dependent. Once solid Labour bedrock, these areas are bcoming very mixed politically. It’s a sea-change; it’s major; no matter what the outcome of next week’s election, it has yet to run its full course. For Labour, there’s nae hidey-hole any more. 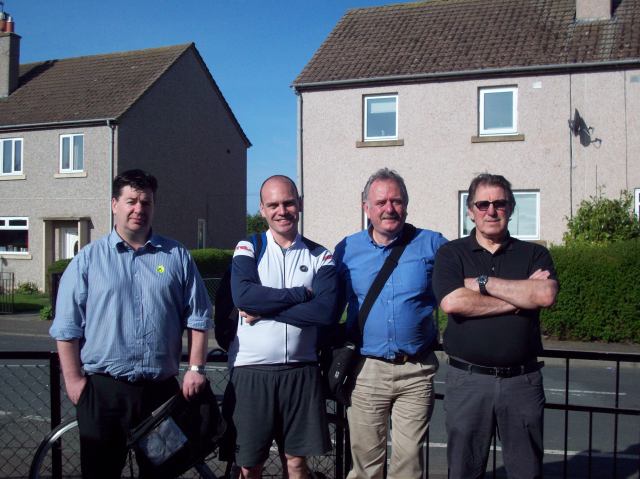 Local ex-councillor, tour guide and database designer. Keen on wildlife, history, boats and music. Retired in 2017.
View all posts by davidsberry →
This entry was posted in Community and tagged Housing; right-to-buy; demographics. Bookmark the permalink.